I fear that when Tucker turns 14, I will start drinking vast amounts of alcohol. Maybe I'll find some drugs to smoke. The options are endless, really.
I currently have a 14 year-old sitting to my left that has been sighing heavily (I kid you not) every four seconds for the last six minutes. He might actually hyperventilate.
I pulled him off of his computer because he was like a four-year old at the circus. He couldn't keep his hands to himself or his mouth shut. I warned him several times about his behavior. He didn't listen.
So now he's in time out. He raises his hand until his arm gets tired, sighs a few times, and puts his arm down for a rest. Sometimes he'll change which arm he holds up. It's a vicious cycle.
I'm sure he wants to ask me when he'll be out of time out. The answer: NEVER. BWAHAHAHAHA.
This is the big TAKS test week. Translation: I hate work. I hate children. I hate everyone.
6th and 7th graders are taking their TAKS tests today, so that means all eighth graders are on lockdown. That means I have my advisory class (homeroom, whatever you want to call it) for six HOURS. Someone, end my misery.
It will be a miracle if I get through this week without harming a child.
Posted by Erin at 9:52 AM 1 comment: 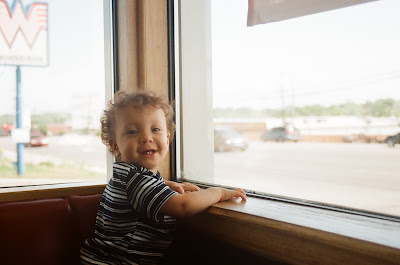 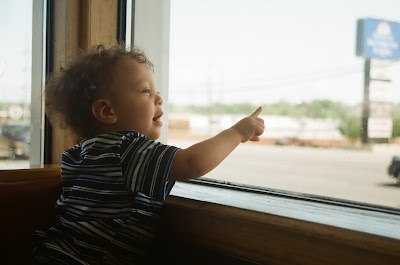 These days, I like to point. At everything. And then say what I'm pointing at. In Polish. 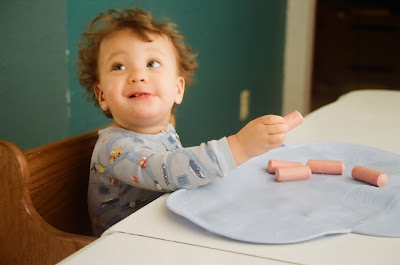 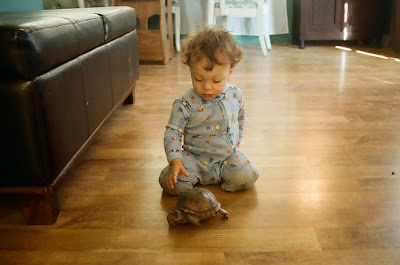 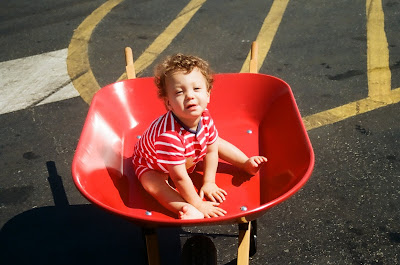 I heart Lowe's. And wheelbarrows.
Posted by Erin at 6:12 PM 4 comments:

Moving and Other Such Nonsense

There's a reason for my absence. We're moving. I'm not happy.
All military wives know that at some point, they will be moving again. I know not to grow roots too deep, because it will be that much harder to rip them up when Scout gets orders.
However, we came to Hood with the understanding that it was a five to seven year station (and like an ostrich, I buried my head in the sand and believed that to be true). Months after we bought a house, the rumors about moving 4th ID to Fort Carson started circulating. I've been in denial ever since.
But we got orders. It's happening.
Here's the deal. I was convinced up until recently that the economy woes were all imaginary, that it was just another way for people to excuse themselves from their financial obligations. I got hit with the brick of Don't be so Quick to Judge, Erin.
We can't sell our house for anything close to what we owe on it. The only house we can afford to buy in Colorado is a trailer built in 1996 with a bad roof. The bank will finance us for a second house, but only for a ridiculously low amount (just enough to buy a trailer built in 1996 with a bad roof).
We can't rent because we have, ahem, six dogs. We can't live on post because the limit is two dogs. And actually, in the county we will be living in, the limit is four. Finding new homes for the dogs is not an option. Thanks for thinking of it.
We'll be trying to rent out our current home. Fun times. I'll have to find a new job and get re-certified in Colorado as a teacher. Awesome. (I'm not particularly fond of my current job anyway.) And I planted cucumbers that are actually alive and growing. I swear on All Things That Are Holy that I will take those bastards with me if they aren't ready to harvest before June.
So we'll most likely be living in a trailer in Colorado. Maybe I'll start chewing tobacco and driving a Geo Metro (do they even make those anymore?).
Ok, so that's my Woe is Me Story. I'm getting over it.
Hopefully I'll have time after work to post some pictures of The Cutest Boy on the Planet.
Posted by Erin at 8:38 AM 6 comments: