On Why I Hate Craigslist 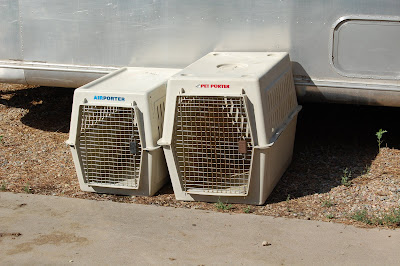 This is the house we closed on nearly two years ago. Some of you may be able to attest from this picture that the yard has come a VERY long way. There's still a lot to be done, but grass isn't on my mind today. It's the paint.

First I must say how much the garage door has nagged at me. Why is it brown? Doesn't it make the house look uneven? (Don't even get me started on the Infant Poop color of the actual house. I'm dealing with it.) And did the previous owners lack my OCD Garage Door Must Match the Shutters Disorder? So it's settled. The garage door and the shutters will soon match. 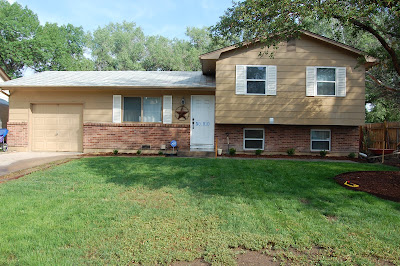 More specifically, though, I'm painting the front door. Here's where I need some input. Scout has learned over the years to "go with it", whether that means a paint color, my design ideas, or a furniture redo. So my questions to him regarding this decision have been met with, "Whatever you want to do, babe."
What I want to do is paint the front door a light aqua-ish color to make the Infant Poop look more like Sand. I'm confident with this step of the project.
But what do I do with the numbers? Pizza delivery drivers love them. People arriving at my house for the first time love them. I love them - I think they are modern-cottage-y. But I've gotten mixed reviews. More than one person has said, "I don't get it." Here's why it's so important: We're putting the house on the market at the end of summer. 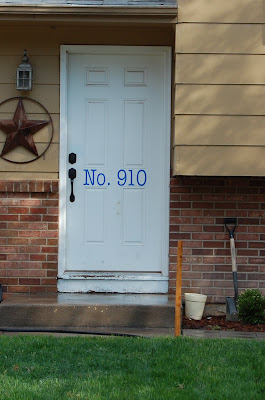 I don't want buyers to immediately dismiss our house for a small thing like house numbers. So, do I paint the door, leaving the numbers on as a stencil to peel off later and reveal the white underneath? Or do I take the numbers off, paint the door, and put up more traditional numbers? 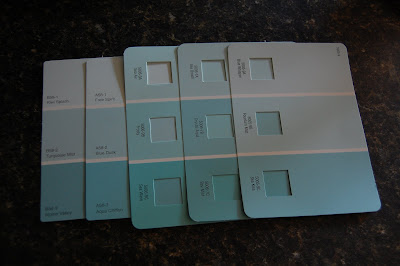 Decisions, decisions. (Please, tell me what YOU would do.)
Posted by Erin at 10:07 AM 7 comments: